How Many Shadowing Hours for Medical School? 10 Answers with a Common Thread 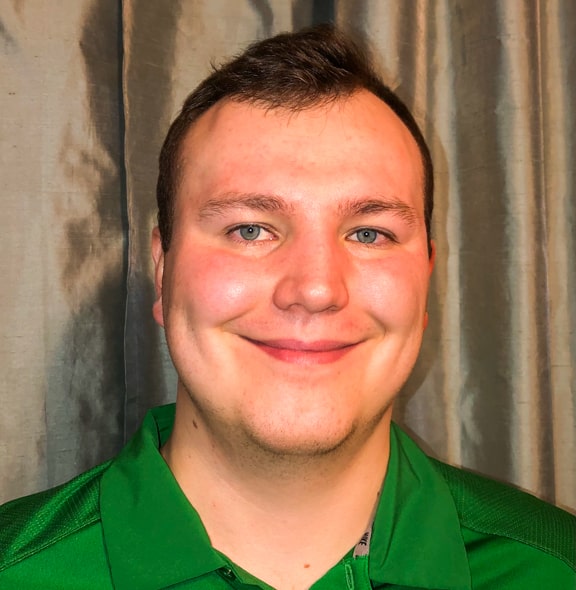 Luke Orr is a recent graduate of University of Oregon. As an undergraduate, he majored in human physiology and earned minors in business administration, sports business, and chemistry. During the summer between his sophomore and junior year, he participated in the Atlantis Summer 2017 shadowing program in Toruń, Poland. He is currently applying to medical school with an interest in orthopedics and sports medicine.

A frequent concern for pre-med students revolves around the number of shadowing hours that are needed for medical school. Here, I present 10 answers to this question with a few common threads.

How Many Shadowing Hours For Medical School Are Required in 2021 | BeMo® (bemoacademicconsulting.com)

To put it plainly, there is no clear-cut number of hours, and most schools will simply require or recommend shadowing without a number attached. However, some schools will have specific shadowing requirements, e.g., 12-24, 50 or more, 120, etc., so it’s imperative that you check the particular requirements of the medical schools you’re applying to. If there are schools you are interested in that do have shadowing requirements, figure out what the highest number of hours required would be, and aim for that as a minimum. With shadowing, it’s always better to aim for the high end of what’s required of you. If, for example, you’re applying to five different schools and one has a requirement of 120 hours, another has a minimum of 50 hours, and the other three have no specific requirement, then aim for a minimum of 120 hours.

If you want to put a number on it, around 100-120 hours is a good ideal range. Shadowing one doctor for one day will be approximately 10 hours, so if you can shadow multiple doctors for a total of 10 days spread over time, (even over a year or so if you start early), then you can easily hit your target.

How Many Shadowing Hours Do I Need for Medical School? | Prospective Doctor

The question of how many hours you need to shadow is really one that doesn’t necessarily have a definitive answer, but let’s put one out there. A good number is approximately one hundred. Now, the next thing that med schools want to see is that you’ve actually shadowed a variety of different doctors.

How Many Hours of Clinical Experience do you Need for Medical School Applications? – Med School Pursuit

Shadowing in various settings over several months or a year is going to be more valuable to you than cramming it all into a month or one summer. Make sure to shadow several physicians in different specialties. Remember the goal is to view different specialties and see the practice of medicine close up. There are interpersonal things you can learn from individual physicians, and more practical, practice-related things that become apparent in different medical settings. 40 hours is on the low end, while100 hours is superb.

Many medical schools in the US have a minimum requirement for shadowing hours.

“I’ll give you the standard vague answer: however much you need to have a meaningful experience. Only you can make that determination. I believe the average applicant has around 50 hours of shadowing experience, but more is always great.”

“Kinda depends but the “safe zone” seems to be around 50-100 shadowing. For shadowing you should definitely shadow a PCP and 1 or 2 other doctors to be safe but realistically you can shadow as much as you’d like if you can find doctors and you enjoy it.”

“100 hours is a decent goal, the more important part is being able to talk eloquently about the experience. Opinions of shadowing hours vary greatly. I’ve seen between 20 and 100 hours being mentioned as goals.”

“Got into a good school with less than 20 hours from 3 different specialties. I always think it’s interesting when people talk about shadowing hours as a big part of an application when there is no question specifically asking “how many hours did you shadow?”. Basically, shadowing is great and an important part of the application, but you should focus more on getting diverse experiences and being able to talk about them to an interviewer.”

“Rather than focusing on the number of hours, focus on the quality of the experience. Why do you like to volunteer there? What do you actually do? How has it helped cement your desire to pursue a career in medicine? These are just a few questions you will be asked in secondaries. Having good experiences will make answering them easy. I would pick one or two things and stick with them. There is no real set number of hours. Just the amount of time you need to learn something about yourself and help others in your community. I hope this helps! Best of luck!”

Throughout the above answers, it is clear that aside from a specific medical school requiring a particular amount of shadowing, there is NO exact number of hours needed. However, the consensus seems to be that 100 hours is a good mark to strive for. Through Atlantis, shadowing a comparable amount is easily accomplished.

Variety is crucial! Shadowing physicians in multiple professions are heavily preferred over shadowing just one individual. Thankfully, Atlantis can help in this area as well, as students observe multiple departments on a single program.

Most importantly, focus not on the hours, but on the overall experience. Shadowing should be viewed as an opportunity to be exposed to different situations; it should also be enjoyable and fun!

Get our 76-page medical school admissions guidebook, by Atlantis alumni at Harvard Medical School and Stanford School of Medicine.

Do you believe your Atlantis experience helped you get into your graduate program?

I believe it was very helpful.

Generally, why do you think Atlantis helped you get into your graduate program?

For me, my Atlantis experience played a key role in confirming my decision to go into medicine. This was important for me to discuss during the admissions process.

Specifically, did you talk about Atlantis in your interviews?

Why did you choose Atlantis?

I chose the Atlantis program because it combines opportunities to shadow physicians and travel abroad, both of which I had little prior exposure to.

My favorite experience as an Atlantis participant came in the stories exchanged over meals or excursions and the breadth of conversation that reflected the diversity of backgrounds within our cohort and site managers.

I appreciated the chance to speak with physicians in Budapest and hear their personal motivations for pursuing medicine because it really helped better contextualize and validate my own interest in medicine. The physicians were also just really welcoming, relatable, and down-to-earth people.

The Atlantis program has equipped me with a better understanding of what a career in medicine looks like, which I think is an invaluable gift considering the long road ahead of those who aspire to be a physician.

How has Atlantis equipped you for active leadership in the medical field?

The ability to interact and empathize with patients of diverse backgrounds and communities is a necessity to be a leader in the medical field. I think the Atlantis program, through my interactions with mentors and their patients, has helped me take my first steps toward attaining the cultural vocabulary and literacy required of a physician.

Why did you choose the Atlantis program?

The opportunity to shadow doctors in a European country greatly appealed to me. As an international student from Ghana, I value the subtle differences in approach that doctors, depending on the country in which they are trained, use to achieve a common result: alleviating illness and improving the quality of lives.

How is Atlantis Unique?

In an increasingly globalized world, having first-hand experience with the subtleties of healthcare in different parts of the world is vital to a future health professional. Atlantis exposes participants to these nuances in healthcare approaches, and in effect helps aspiring health professionals gain a global perspective on healthcare.

Experiencing the city and culture of Ciudad Real was an experience that is etched in my memory. As I practiced my very elementary Spanish with the locals and discussed various health-related issues with the doctors I shadowed, I was reminded of the uniqueness of human life. I was also reminded of the role of a health professional in society: to preserve and improve the quality of human life.

University of Maryland class of 2017

Why did you choose Atlantis?

I wanted to expand my horizons and understand a culture of health different from the ones I am accustomed to. I had shadowed doctors in the United States and Taiwan prior to my Atlantis program experience, and being able to see first-hand the healthcare system in Spain allowed me to draw comparisons between the different complex healthcare systems.

Bonding with the other participants and celebrating our time together along with the doctors we shadowed. We would discuss our interests, passions, and motivation for medicine, and it was an incredible experience to learn from and alongside them.

What was your experience with the doctors you were shadowing?

Because of the pre-established relationships with the hospitals in which we shadowed, all the doctors were very welcoming and accommodating. They were willing to translate for us and explain in detail all of their medical decisions. My doctors and I had wonderful conversations about the differences between life in Spain vs. the United States.

I was excited to scrub in on surgeries and watch as the doctor explained what he was doing throughout the operation. Before and after surgeries, as well as in my other rotations, I observed how the doctors reassured and communicated with their patients. I was able to glean insight into differences between the experience of health in Spain versus the United States through observation as well as conversations with the doctors.

Besides the wealth of medical knowledge I gained from shadowing the doctors, I challenged myself to step outside of my cultural comfort zone and explore more than I thought I was capable of. Atlantis allowed me to make connections with people from all around the United States and abroad, and the friendships I gained helped me learn so much more than I would have on my own.

Year of most recent program:

Season of most recent program:

Do you believe your Atlantis experience helped you get into your graduate program?

Generally, why do you think Atlantis helped you get into your graduate program?

It exposed me to shadowing that was hard to come by in the states. It also gave me a chance to see other systems of healthcare.

Specifically, did you talk about Atlantis in your interviews? If so, how much relative to other topics?

Yes – they wanted to know about my experience, and specifically how the healthcare I saw in another country compared to what I had seen in the USA.

Atlantis is the leader in pre-health shadowing and clinical experience, offering short-term programs (1-10 weeks) over academic breaks for U.S. pre-health undergraduates. Medical schools want 3 things: (1)healthcare exposure, (2)GPA/MCAT, and (3)certain competencies. Atlantis gives you a great version of (1), frees you to focus on (2), and cultivates/shows (3) to medical school admissions committees.

Why Alumni Succeed After Atlantis
Alumni Outcomes & 100+ Testimonials
How It Works
Is it for you? Take the quiz 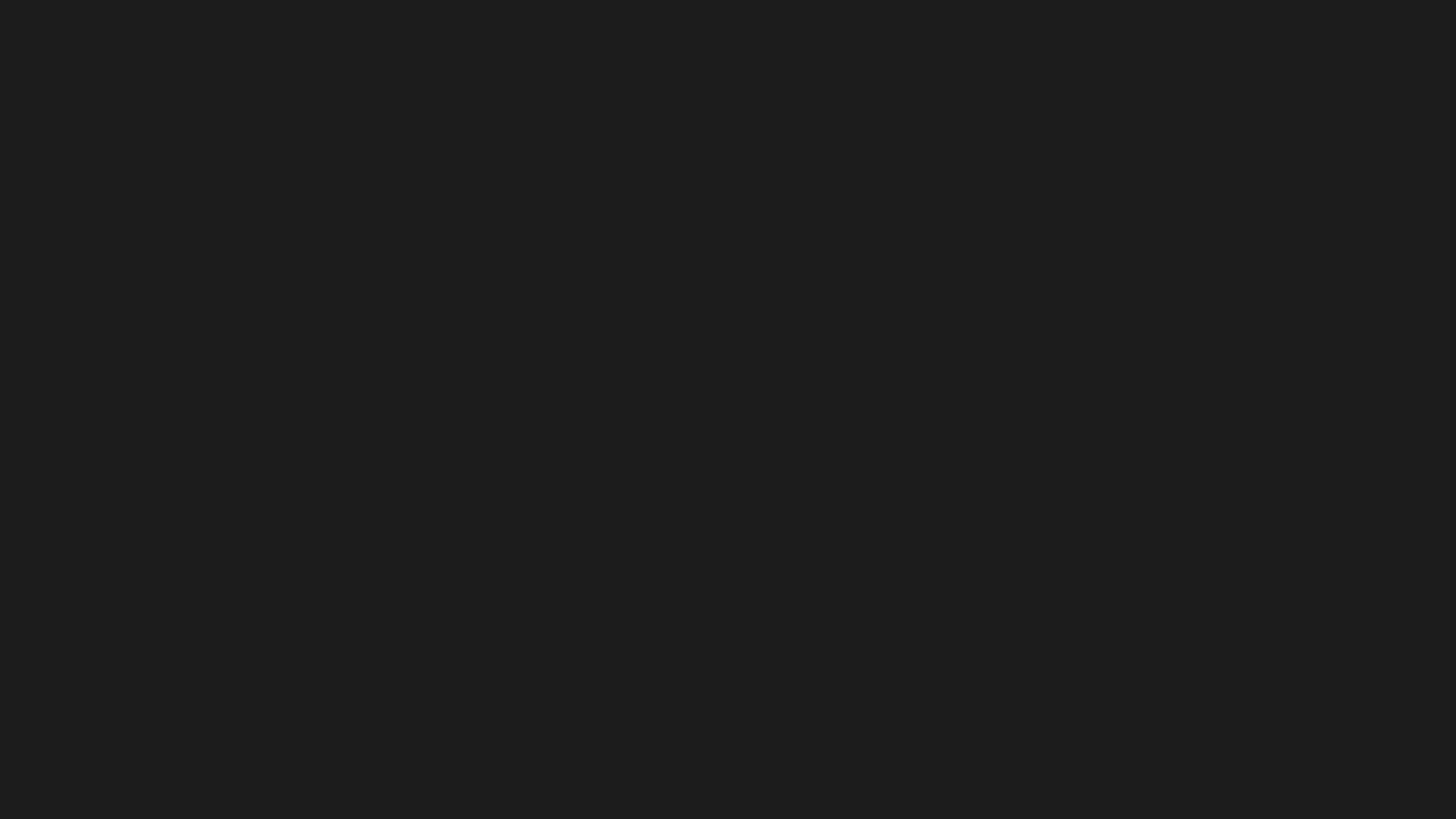 Watch Video: The Atlantis Shadowing Experience and How it Helps In Your Med/PA Admissions Future

The DOs and DON’Ts of Shadowing a Doctor

What Kind of Students Do Elite Medical Schools Actually Profile on Their Sites?